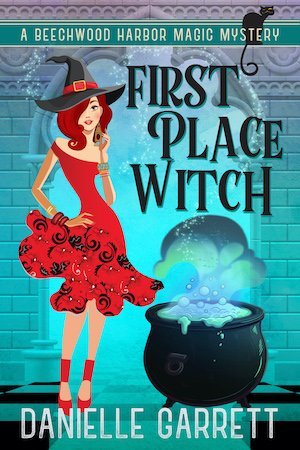 It’s the chance of a lifetime, but Holly’s not sure she can survive the spotlight’s harsh glow.

With her potions shop officially open for business, Holly sets off to the San Francisco Haven to compete with the most elite potions masters in the entire country. But what should be a fun and potentially life-changing experience quickly sours when Haven Council officials show up and start poking around Holly’s workstation.

When one of the competitors is found murdered, all eyes swivel to Holly and her apprentice.

Holly doesn’t know who killed the egotistical wizard, but she knows it wasn’t her or Harmony. She also knows that there are some on the esteemed Haven Council who wouldn’t hesitate to blur the lines of the investigation if it means getting rid of her once and for all.

Holly, Adam, Evangeline, and Harmony have to find the real killer before the clock runs out and Holly ends up wearing SPA handcuffs.